Just this once, welcome to a budgeting article that doesn’t tell you to cut Netflix or stop buying daily lavender half-caff oat milk lattes. That’s not my job.

But that’s maybe Timothy J. LaPean’s. He’s a Certified Financial Planner and owner of Thoughtful Financial Planning, based in Minneapolis and focused on serving women and members of the LGBTQ+ community. With LaPean’s help, we’re digging into the basics of paying off debt.

The numbers aren’t good. In 2019, the average credit card balance per person in the United States was $6,194—an increase of 3% over 2018, according to Experian’s annual Consumer Credit Review. A recent study concluded that 80% of Americans are in debt. Young graduates are drowning in student debt and more and more millennials can’t afford to enter the housing market.

All this that we’re in the midst of, with 30 million jobs lost since March, isn’t helping. This recent poll says that 23% of American adults with credit card debt have added to it during the pandemic, with millennial card holders being the hardest hit; 34% of them said they went more deeply into debt because of, well, everything 2020.

Enough. Though this is brass tacks information, know that we’re sensitive to the fact that paying off debt is never easy. Trust me, I paid off every penny of college by myself at age twenty-two by skipping lunches, driving a ‘99 Buick whose windows went down but not up and once having a roommate I met on Craigslist who had a mysterious never-seen husband who lived 2,000 miles away. It wasn’t easy, but it was 100% worth it.

Step one: Figure out how much money, on average, is or isn’t left over each month.

If good ol’ spreadsheets aren’t your style, download a money-tracking tool that keeps a close eye on your spending via access to your bank accounts and credit cards. (Mint and YNAB are popular ones.) Before making extra payments on debts, make sure that you actually have money left over to do so. First, through tough love budget trimming, get to neutral and then positive monthly cash flow first.

LaPean recommends digging into your money archives to calculate one to three years’ worth of spending data in order to estimate a monthly average. With more perspective, time-wise, you can have a clearer view of the unexpected expenses—think car repairs, leaky water heaters, all that fun stuff—that don’t occur month-to-month but are relatively predictable when averaged over a few years.

There are two main debt-paying routes you should decide between—the avalanche method and the snowball method.

This strategy aims to pay off the debt with the highest interest rate first. While this approach makes more sense money-wise, there’s a big mental drawback. “Paying off the highest interest rate first instead of the smallest is better from math perspective but can detract from the sense that you are making real progress, especially if it will take a long time to pay off that first debt,” says LaPean.

With the snowball strategy, you concentrate extra payments on one smaller debt at a time, then make the minimum payments on all your other debts. Ideally, you’ll gain momentum as you pay off smaller debts and roll the money you were paying from the first debt into the second and third and so on. Snowball—get it? “For most people struggling with debt, the motivational win that comes from paying off your smallest debt first is likely to outweigh the mathematical benefits of paying the highest interest rate first,” says LaPean.

As far as which debts to prioritize first, credit cards are always first. Car loans, student loans, and mortgages often come later on, priority-wise, unless you are close to paying them off and can free up extra monthly cash flow by paying them off fairly quickly.

Step three: Realize there are no good debts, but some are healthier than others.

“Oof, pretty much all debt involves having compound interest working against you instead of for you but it’s a tool that can make sense sometimes too,” says LaPean, oh-so Minnesotan. Credit card debt, high-interest rate debts, and debts that encourage you to spend beyond your means, like many car loans with long loan terms = bad, bad, bad.

There are some payoffs to other debts, however. A mortgage on a modestly priced home relative to your income is perfectly reasonable. . . . Even some debt with low-interest rates may serve a strategic purpose for you—only you (and maybe your financial advisor) can be the judge of that.

There are some payoffs to other debts, however. A mortgage on a modestly priced home relative to your income is perfectly reasonable. And that doctorate degree should hopefully pay for itself with a higher income. Even some debt with low-interest rates may serve a strategic purpose for you—only you (and maybe your financial advisor) can be the judge of that.

Step four: Understand what won’t help you get out of debt.

Don’t pay off debts with your retirement accounts. Don’t consolidate credit card debt with a home equity loan without doing the budgeting. Don’t make any drastic spending changes. “A financial crash diet is a lot like a regular crash diet; it doesn’t work beyond a few months and often makes things worse in the long run,” says LaPean.

Step five: Understand what will help you get out of debt.

Two tips: set yourself up to win and be consistent. “Wherever possible, make small changes, stick to them like glue, move on quickly from the occasional whoops, and build on your successes,” says LaPean.

“The fight or flight part of our brain ultimately drives many unhelpful spending decisions,” says LaPean. *Ahem* stress-induced online shopping spree *ahem.* “Retraining it to be calmer around financial decisions happens gradually and organically when you feel successful in working your spending plan. The longer I do this work, the more I am convinced that a series of incremental wins, more often than not, over a long period of time is the real recipe for financial success.”

“The longer I do this work, the more I am convinced that a series of incremental wins, more often than not, over a long period of time is the real recipe for financial success.” – Timothy J. LaPean

Sharing your get-outta-debt goals with friends and family can be helpful for moral support and receiving fewer happy hour invites, but beware, says LaPean. “It can cut both directions to get help from friends and family. They may help support and keep you on track but many also may rely on ineffective, commonly held, shame-based beliefs around how to help motivate someone around budgeting.”

Hiring a financial advisor during this time may seem contradictory, but is it? Yes and no. “It isn’t contradictory, although affording it can sometimes be a bit of a catch-22,” says LaPean. “A good financial planner who does budgeting planning and coaching—many don’t—can be very helpful.” LaPean suggests beginning a search for with XY Planning Network, of which he’s a member, to search for a fee-only planner who will be able to help with budgeting.

“A talented financial planner who does this sort of work (because not all do) can help by melding financial knowledge and perspective with behavioral coaching experience to help guide people toward discovering what works best for them,” says LaPean. As needed, a financial planner may also involve a financial therapist, a traditional therapist, a consumer credit counselor, a bankruptcy attorney or whoever else you may need in your corner.

If your income is limited, the local chapter of the Financial Planning Association or a similar non-profit organization in your area may offer pro bono financial planning consultations or other similar programs. You may also reach out to a coach who specializes in budgeting and money coaching, such as Sarah Von Bargen.

“I love that I get to do meaningful work that, at its best, can help people get more of what they want out of their time on this earth,” says LaPean. Here’s to getting more out of our short, short time on this earth—debt-free.

Looking for more finance content on Wit & Delight? We’ve got you covered.

Lazy Ways to Save: 5 of the Best Apps for Saving Money
Why You Need to Face Your Financial Fears
5 Simple Money Moves That Will Impact Your Finances in a Big Way
How to Start the New Year with a Fresh Approach to Finances
Finance Tips I Wish I’d Known When I Was 20

Megan is a writer, editor, etc.-er who muses about life, design and travel for Domino, Lonny, Hunker and more. Her life rules include, but are not limited to: zipper when merging, tip in cash and contribute to your IRA. Be a pal and subscribe to her newsletter Night Vision.

Legitimate question, here. In the beginning you mention all the sketchy, kinda miserable, maybe dangerous (roommate? skipping meals?) things you did to get out of debt, then say it was 100% worth it. You also say that ~80% of Americans are in this kind of debt. Are we really, as a society, saying that 80% of us should be going hungry, working multiple jobs, have sketchy living situations, and for what? Is it *actually* worth it? Not trying to knock this advice – it’s solid, and realistic, and from a practical standpoint we should be trying to get out of… Read more »

Hi Jessica, Thank you for your thoughtful comment, and trust me, I’m crying and revolting right alongside of you. I’m sorry to hear about your current situation, a reality for many folks right now. It’s distressing that we live in a society in which a medical emergency could bankrupt almost anybody and a pandemic could wipe out entire industries. I’ve been hit hard with that first-hand.  That said, this is currently – hopefully not forever, or even for long – the society we live in, and personally, peace of mind being debt-free has been worth the sacrifices. None of those sacrifices were dangerous,… Read more » A Pancake Recipe for a Crisp Fall Morning 10 Worthwhile Things We Found on the Internet This Month The 3 Skin-Care Products My Dermatologist Recommends Most 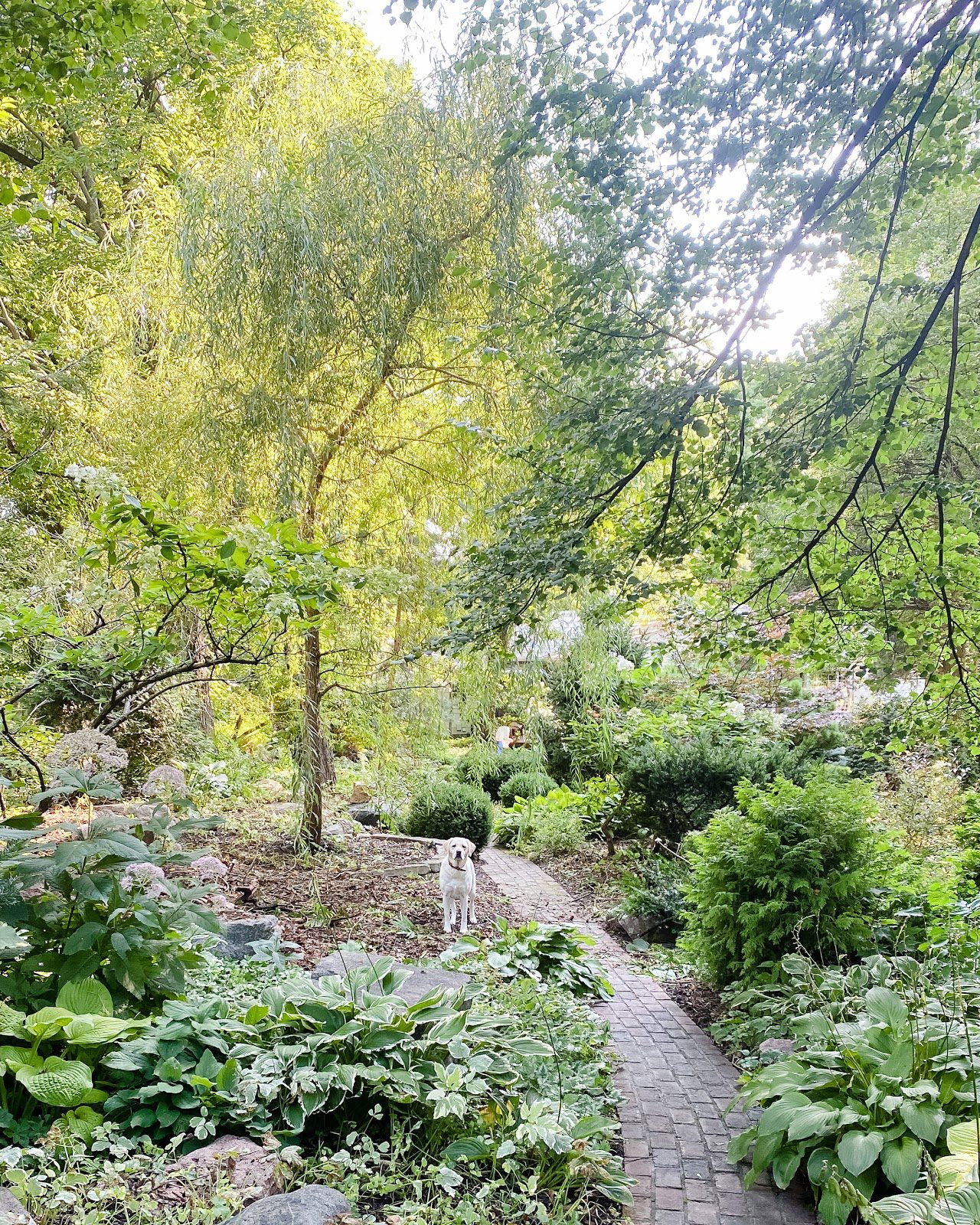 Adventures in Gardening From a Landscaping Novice Throw Caution to the Wind, and Pencil in All Your Plans for Next Year The 3 Morning Habits I Practice to Have a Focused Day